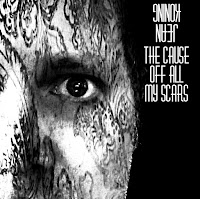 #
Very unexpectedly, the very dead band !JP released a collection of their best live-songs.
On ONCE FREAK SHOW, once more, the listener is treated to a little glimpse of a very interesting past, a fitting past made by the unique, sometimes grotesque, but always punk-rocking band !JP (a.k.a the Velvets of the new millennium).
On Thanksgiving 2016, the memories of this band will give away free downloads of the album.
Make sure to check and to like the memories of !JP page on FB>>>


Along with !JP's ONCE FREAK SHOW, the promotional single SNAKE is released as well.
Backed with the eponymous (sort of) track MOTHERFUCKER, which became the band's showstopper in the first decade of the current millennium, the single release also contains the cleaned-up version of the 2012 live-single release of SNAKE.


#
During the spring of 2016 #JK worked on a new album. The album FROM THE HERMIT'S BEDROOM will be released in March 2017.
The first single from the album THE CAUSE OF ALL MY SCARS has already been released as a gift for the GLAAD organization, but will also be released worldwide on the usual download and music-stream sites, on December the 2nd.
Other singles from the new album will be released in the first months of 2017. 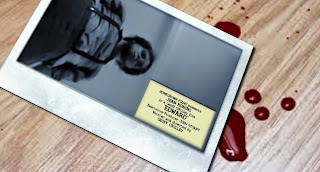 In 2013, director Geoff O'Rilley surprized everyone with his poetic horror-film EDWARD. Starring #JK in one of his most scary performances, the underground film became an instant cult-classic, showing, instead of easy-going gore, the mental downfall of Amish murderer Edward Gingerich.
Halloween 2016, EDWARD will, once again, make several appearances in selected theaters across the U.S. of A.
This is celebrated with the release of two key scenes from the film on JK's YouTube channel.
Enjoy these scenes right here as well.