Now that the e-book version of #Charlie (a.k.a. #TSC) is very well on its way--traveling a little behind its big brother, the paperback--that very same paperback is now available in Scandinavia, as well as on Barnes&Noble website...

Check it out >>> AMAZON Bokus Barnes&Noble 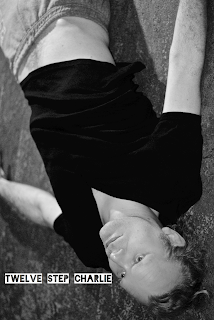 Join Jean Koning in this stunning, poignant and often hilarious roller-coaster-ride through the world of men!

After having been send to his doctor by Partner—the voice of reason—Jean finds himself being diagnosed with skin-cancer. Armed with his unquestionable wit, and his stunningly absurd worldview—often through his love/hate relationship with the internet—he goes on an extremely funny, touching and illuminating quest to find a way to deal with all this sudden physical and mental pain.
With the—often questionable—aid provided by Partner, his friends The Italian and Mr. George, plus an entire legion of extras in the form of unfunny surgeons, hateful anaesthe-siologists, Hugh Jackman, John Wayne Bobbitt, Napoleon, Michael Fassbender, Marla Singer, and his very own father, Jean travels rapidly through time and dimension to get to the most important thing he yet has had to face in his forty-something years on this planet: finding... Meer  > Charlie—whoever that may be.
READ AN EXCLUSIVE EXTRACT    CHARLIE'S BLOG    PRE-ORDER A SIGNED COPY