1 month before the new album; the journey continues here... 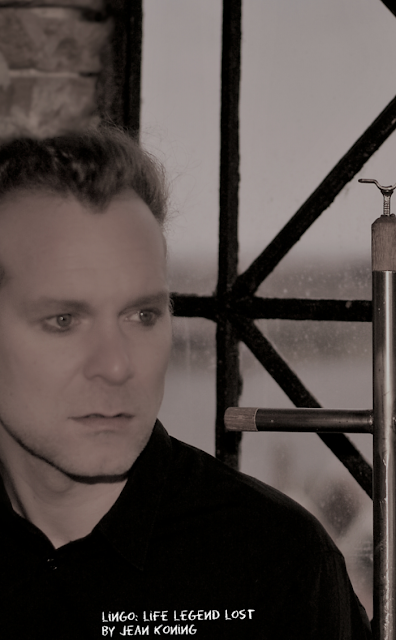 "I hope this record shows people that we have to deeply, seriously, truly investigate the past, in order to out-do the destructiveness that is all around us."

A few years ago, Jean Koning had a heart to heart with the director of a play he was then acting in. "That devil looked me in the eye," he recalls, "and basically said: your emotion is your strength, as it is in your music. But you will never be Sondheim. Your main source of creation is your pain. And then it seems you delve into other people’s pain to portray the most honest human-being possible." The conversation wasn’t about compliments, character or motivation. The director was being viciously fair about the person sitting in front of him." Jean has been reflecting on that moment of honesty ever since, he says…

Koning’s sixth album is an intense feast of melody, protest, tenderness and pain, set on the lyrics by prominent songwriters. It's a cover-album, but unlike any cover-album you've ever heard.

In the summer of 2016, he temporarily moved into an apartment in Berlin. The intention was to reconnect with the stories and songs of a somewhat more happier time in his career, touring and recording with the iconic and very cult avant-punk band !JP. The Berlin music scene was always a big force and inspiration in the band's lives, back then. The following winter, two seismic events knocked the plan off its axis. At first, the mental fallout from the last part he played in the theatre, which left him with a minor psychological set-back. And in January he was diagnosed with skin-cancer. These events left him depressed and basically unable to speak.

Through frequent visits from his friend Ralph George—the two were working on a new album for the roots-orientated singer-songwriter—Koning was forced to enter a different level of composing. Composing for someone else in combination with a sudden urge to be remembered. He became struck by "the bravery of a patient wanting to stay on the planet." "I couldn't die," he recalls. "The album I was creating for and with Ralph wasn't finished yet. I had to go through surgery, treatment and hope for the best—the non-metastasizing kind of best—in order to finish our project." Both his partner and his long-time friend S.T. Vacirca advised him to put the feeling down in song, in any way possible, "because that is what you do."

The result is LINGO: LIFE, LEGEND, LOST, a swirling, winterish masterpiece that is part prayer, part plea. With the ghost of the original songwriters breathing in the background, this collection of cover songs feels like a spell to awaken someone who is frozen in ice.

"People who listen to music these days are trapped," Koning explains. "Trapped in this model that says that a song is only a good song when seven million people liked it on the internet. F*ck that demographic bullshit, man. The entire music business is comatose. And that's how I treated this album. I took lyrics written by others, as if they were the only vibrant memories of a comatose person. With the music that poured through my pores, I tried to recreate a memory for the persons that stand on the outside of the comatose person. Whether it is a nurse, or a loving parent, or a lover. All trying to try to understand what goes on behind those eyes. We don’t know what the comatose knows; is that person with us in the present? Does that person have long term memory? We just don’t know what is behind those eyes."

The LINGO road trip through music history—as Koning likes to see it—had come on the advice of Ralph George. However, Koning combined it with information he obtained from other frequent visitors, who kept him informed of the darker promontories of the political landscape.

He became aware that his political awareness was always very in touch with his "adventures in, and connections to the world of music." "At parties in the early nineties, I sat on Manfred Langer's lap and sang Bye Bye Blackbird for him. Something unthinkable today. I mean: face it! I was a teenager on the lap of a fifty-plus person. I can see the #metoo headlines already, can't you. But it was innocent. And the world around us didn't mind. We've changed over the course of twenty-something years. But not for the better. The human race lacks direction. We're upset about everything. Everything. We make an over-the-top issue out of almost everything and everybody want in on the conversation. Meanwhile, the real dangers continue their schemes far away from the public eye. And when you address people to it, they still think it's more important that there's too much gluten in today's bread. Get real!"

The complex influence of nowadays alt-right movements, dubious lobbyists and think tanks informs much of the tension in LINGO. "It wasn’t going to be a record of pain, blood and tears when I began," he says. "It wasn’t going to be a record of division. But the world we live in insisted that I listened. I had to watch the conflicts that were traumatizing the world and combine historical lyrics with renewed compositions to touch those raw emotions. Hopefully people will find strength and resilience within the songs once again. Like these songs gave me when I first heard them, long, long ago. I hope these versions of the songs give them the energy to survive the storms that we are currently in". The sense of semantic distortion permeates LINGO. Koning talks of the need to form a "sonic shield" in the face of (inter)national indoctrination.

Take his rendition of American Girl, "after all it was a great, big world, with lots of places to run to." On its close backdrop of vintage electronica, this is now a song of pure angst to stay trapped in world of terror, with nowhere to run.

Hidden messages and subliminal protests lend themselves perfectly to Koning’s natural playfulness. For all its dark themes, this album is a joy to absorb, full of warmth and puzzles. The gloriously odd Midnight Rider—in Koning's hands—touches more on themes of the lives of many refugees, than the supposed one-man-on-the-run song it originally is.

Koning adds: "Midnight Rider in its original from, is the story of a man on the run—presumably from the law and on a horse—that has been recorded by numerous other artists. In three short verses, the song sums up what it must be like to be the outlaw who lives life a day at a time, moving from place to place, woman to woman, in a journey that never ends. With Midnight Rider, Allman threw some paint on a canvas and handed brushes to the listeners, inviting them to use their own colours, their own imaginations, to complete the picture. Who is this "Midnight Rider?" What or who is he running from? Does he ever get caught, or does he elude his trackers to live to a ripe old age? Where some songs might be considered incomplete if these details were missing, Midnight Rider is a well-written classic about a faceless character that invites the listener in to make his or her own conclusions."

And in the fascinating Heroes, nostalgic dancehall sounds which recall early casino lounge acts meld into a lush seventies rock setting. This version of the song is inspired by the plans to build a wall between the U.S. and Mexico. "I remember standing by the wall," Koning sings, "And the guards shot above our heads."

"As a songwriter its crucial to listen to everything and everyone. This is politics right now. It is seeping through the air. Families are falling apart. Much like the Berlin Wall once did to many German families. There is a reason Heroes' predecessor is Friday On My Mind. The deceptively theatrical version of the cheerful Friday On My Mind promises "Today I might be mad, tomorrow I'll be glad.""

At the centre of LINGO is this theme of division. The mythic Joan Of Arc talks about a mind divided from a soul, pleading "if he was fire, then she must be wood," in a classic laid-back version that gets you right between the ribs. Joan Of Arc also features the lush vocals of singer-songwriter Ralph George, whose own struggles with selfhood in the world have inspired them both to think about divisions within the self, as well as within society.

Black Hole Sun is another stand-out track, its dark approach recalling the powerful energy of Koning’s 2017 album From The Hermit's Bedroom. "It’s about the apocalypse, in combination with a suicide, because we cannot deal with this apocalypse. It's foreboding. You see, the meaning of the word apocalypse says it all. Apocalypse literally means "an uncovering". It is a disclosure of knowledge or revelation. In religious contexts it is usually a disclosure of something hidden, "a vision of heavenly secrets that can make sense of earthly realities". It stands for our concerns for parts of our world that are changing forever."


This record may not be the one that Koning set out to make, but he is certainly the only person who could have made it.