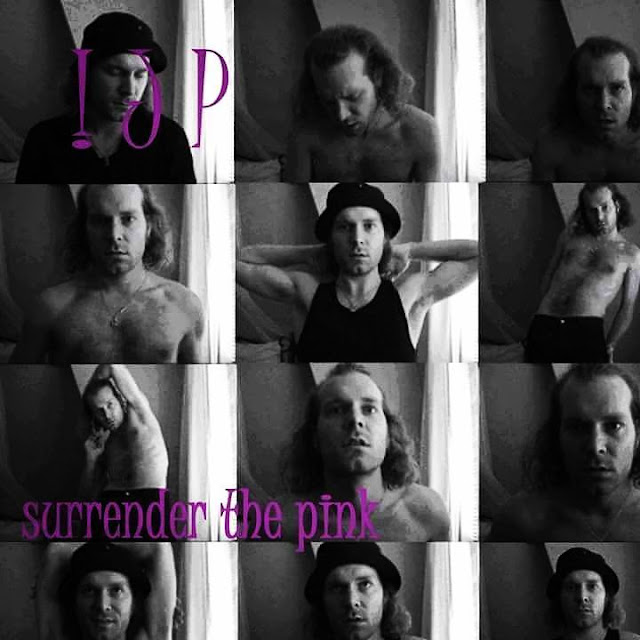 On Surrender The Pink, !JP comes clean with the rock & roll that’s always driven them, from as far back as when singer Jean Koning stormed out of his rehearsal room at the conservatory.

Whereas 1994’s Anatomy Of Addiction and 2000’s Everybody Else’s Boy strove to extend Koning’ voice-and-guitar foundation into different areas — blues and dance — Surrender The Pink closes up shop and starts over with a live-band recording done by two men: Koning and Van Weely. A woolly jam dynamic pervades Pink, from the paisley metallicism that kicks off “Screw” to the grooving dream world of “Drifted.” Throughout the album, Koning and Van Weely throw themselves and their instrument of choice into bass-drum-guitar ensembles augmented by percussion loops and the occasional string section. In the past, all elements of the arrangements answered to Koning and his guitar; now, they replace that hierarchy with rock interaction. On Surrender The Pink, the two men are just some of several tenders of their own sound garden.

But for all of the new material’s bracing accessibility, very little is very straight-up. Koning remains the guy whose background in European piano literature encouraged him to hear the unforgiving structures of the Baroque era, the vast spiritual and melodic vistas of the Romantic period, and the knotty imperatives of twentieth-century experimentalism as one ongoing compositional story—not a bad basis, thank you, for art rock with guts. And although these mixes don’t hesitate to occasionally bury his voice, Koning often still sings like the coloratura president of Kurt Cobain’s fan club. On songs like the technoish “Pink” and the beat-happy “Falling Down,” moreover, he screws with timbre, lyrics and meter in the proud pop-collage tradition of Nineties artists like My Bloody Valentine, the Smashing Pumpkins, Björk, U2 and Garbage. Other times, Koning is more nostalgic, as on “Calendar Boy,” which feels like the music of the hardest-working bar band — on Saturn.