Echoes of a hypothetical love-affair, which transcends over generations, to ultimately result in a reignition of the fulfilment of one's own potential… 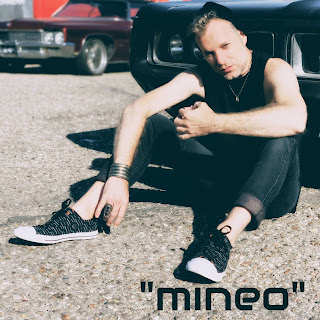 
MINEO is the seventh studio album by sinner-songwriter Jean Koning.
It philosophically deals with the topics of death, spirituality and social conflict, and makes brief references to ancient Gnostic mysticism from the Apocryphon of John and Greek mythologies, all through the hypothetical eyes of actor Sal Mineo.

Sonically, it incorporates a multiplicity of electronica such as synthesizers, drum-machines, and samplers as well as vintage Fender Rhodes, African drums, and the Farfisa organ.

MINEO inhabits a strange realm somewhere between pop-bliss and noisy chaos. The album, his first studio effort since 2018's LINGO: LIFE LEGEND LOST, definitely covers all bases of a synth-pop record: a driving rhythm section, a strong yet emotional lead vocal, and—of course—a heavy reliance on synth textures for the bulk of the instruments.
What sets MINEO apart, however is a combination of two things: Koning's seamless integration of IDM sounds and techniques into well-rounded pop-tunes, and Koning's eccentric voice, often landing somewhere between a croon and a screech. While songs like "On Common Ground" may sound like a '70s pastiche upon first listen, Koning (and company) changes things up just enough to craft a whole new brand of synth-pop for a new generation.
This is infectious electronic music with almost bleak, dystopia-tinged lyricism to convey a sense that, if we stop to really look at ourselves, we're not going to like what we see...