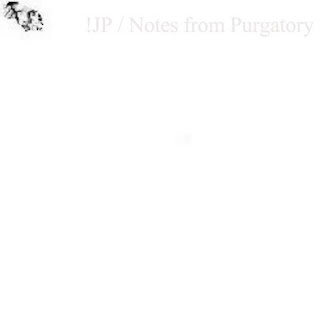 In the 19th century, a hirsute aboriginal woman from Mexico named Julia Pastrana was billed on the freak-show circuit as “The Ugliest Woman in the World.” Brought to Europe, she performed according to Victorian norms: singing and dancing, speaking in foreign languages, undergoing public medical examinations, and other spectacle entertainments. Both in her lifetime and posthumously, she was labelled “ugly.”

This word has medieval Norse roots meaning “to be feared or dreaded.” “Ugly” associations leave behind a trail of bedfellows: monstrous, grotesque, deformed, freak, degenerate, handicapped. With its storied history, ugliness grows from many sources: from Aristotle who called women “deformed” men, to medieval transformation tales of hags-turned-beauties, to 18th-century caricatures, 19th-century freak shows, 20th-century “degenerate” art and people, Brutalist architecture, and more. Ugliness has long posed a challenge to aesthetics and taste, and complicated what it means to be beautiful and valued.

With that in their conscious mind, in 2005, Jean Koning and the remains of his band !JP, sonically tracked down “ugliness” in music and story; an effort which ultimately resulted in their 2006 master-piece “NOTES FROM PURGATORY”. Inspired by the works of Einstürzende Neubauten, Exuma, Karlheinz Stockhausen, Pierre Schaeffer, Edgard Varèse, and Captain Beefheart, the band travelled to abandoned theatres, old porn-cinema’s, and remote barn-houses to record a collection of songs about ugliness, and even more so, ‘being’ ugly. And they made the songs sound "ugly" in the process.

Western traditions often set ugliness in opposition to beauty, but the concept carries positive meanings in different cultural contexts. The Japanese concept of wabi-sabi values imperfection and impermanence, qualities that might be deemed “ugly” in another culture. Ugliness and beauty can function like binary stars, falling into one another’s gravity and orbiting each other, while being constellated with many other stars.

“Ugly” is usually meant to slander, but in recent decades, aesthetic categories have been treated with growing suspicion. ‘We cannot see beauty as innocent,’ writes the philosopher Kathleen Marie Higgins, when “the sublime splendor of the mushroom cloud accompanies moral evil.” Debates gain traction as the world changes, as beautiful and ugly meanings slip and slide.

At opposite extremes, ugliness has become not only an endpoint dismissal but also a rallying cry. In different times and places, any one of us might have been considered ugly: from the red-haired to the blue-eyed, left-handed to hook-nosed, humpbacked to blighted. It’s easy to turn any external feature into a sign for ugliness (and much more difficult to go the other way), or to reduce the story of ugliness to a string of case studies, without considering its larger legacy.

In ancient Greece, synonyms of ugliness connoted evil, disgrace and handicap. Exceptions could arise (the ugly but wise philosopher Socrates; the deformed fable-telling slave Aesop), but external features tended to be seen as a reflection of internal worth or a congenital omen. The ancient pseudo-science of physiognomy read moral goodness and evil proportionately to beautiful and ugly features. Medieval fairy tales transformed beauties and beasts, but negative connotations carried across centuries. Monsters arose in the margins of misunderstanding as colonial empires expanded. European explorers, for instance, interpreted “ugly” sculptures of Indian gods as apocalyptic omens, read through Christian narratives for which they were never intended.

The 18th and 19th centuries continued to test the wavering line between beauty and ugliness. Caricatures exaggerated features at a time when “ugliness” and “deformity” were defined almost interchangeably. The British Parliamentarian William Hay, who was hunchbacked, tried to disentangle “deformity” from its negative partner and argued that his deformed body did not mirror an ugly soul. Even as traditional meanings were challenged, freak shows hurled ugliness to new heights, alongside museums of anatomy and world fairs that exhibited human specimens and ethnic displays.

The First World War blew up inherited notions of ugliness. As warfare achieved new levels of mechanization, once-beautiful young men were rendered ugly by the ravages of grenades, mustard gas and tanks. Some soldiers such as les Gueules cassées (or “broken faces”) banded together for “our horrible face” to become “a moral educator” that “returned us our dignity.” While most died or retreated from view, the visual shock became repackaged as artists and advertisers tried to re-piece a new world order. By the 1930s, Nazi Germany supported a nationalized aesthetic to censor the ugly in terms of “degenerate,” correlating artworks and cultural groups alike as targets of persecution and extermination.

During times of conflict, any threat or enemy can be uglified and thus generalized. An individual can get lumped into an “ugly” group by an arbitrary feature—a yellow armband, or a black headscarf—depending on the eye of the beholder. While “ugly” can be latched on to virtually anything, the word’s slippery legacy brands bodies, and can suggest more about the observer than the observed. As Frank Zappa sang, the “ugliest part of your body” is not your nose or your toes but “your mind.”

In the late 1930s, Kenneth and Mamie Clark travelled the American South to study the psychological effects of racial discrimination and segregation, asking children to choose between white and black dolls. The white doll was overwhelmingly characterized as “pretty,” the black doll as “ugly,” with accompanying qualities of good and bad, clean and dirty. Following a similar theme in her novel The Bluest Eye (1970), Toni Morrison wrote of the effect of racism on the Breedlove family:

It was as though some mysterious all-knowing master had given each one a cloak of ugliness to wear… The master had said, ‘You are ugly people.’ They had looked about themselves and saw nothing to contradict that statement; saw, in fact, support for it leaning at them from every billboard, every movie, every glance.

Art holds up a mirror to shifting attitudes. Initial tags of “ugly” sometimes get forgotten as once-derided subjects become valued. Impressionism of the 19th century—now featured in blockbuster exhibits—was initially compared to mushy food and rotting flesh. When Henri Matisse’s works showed in the US at the Armory Show of 1913, critics lambasted his art as ugly, while art students in Chicago burned an effigy of his Blue Nude in front of the Art Institute. The same institution mounted a major retrospective of his work a century later. Jazz and rock’n’roll were once considered ugly music, threatening to corrupt entire generations.

In the face of “ugly” slurs, some artists embraced the word. The painter Paul Gauguin called ugliness “the touchstone of our modern art.” The poet and translator Ezra Pound encouraged a “cult of ugliness.” The composer Charles H.H. Parry praised ugliness in music, without which “there would not be any progress in either social or artistic things.” The critic Clement Greenberg lauded Jackson Pollock’s abstract expressionism as “not afraid to look ugly—all profoundly original art looks ugly at first.”

The word’s appropriation has helped to diffuse its negative charge. The 17th-century Chinese painter Shitao seemed to anticipate Pollock’s energetic brushstrokes when he titled his painting Ten Thousand Ugly Inkblots. An earlier tradition of medieval Arabic poetry worked to positively reframe human conditions related to disease and disability by “uglifying beauty and beautifying ugliness.” The French term jolie laide, or “beautiful ugly,” harks back to the 18th-century when “ugly clubs” emerged in Britain and the US as voluntary fraternal organizations, whose facetious members made light of their own motley crew of noses, chins and squints. Many clubs were demeaning and short-lived, but others—like Italy’s still-existing festa dei brutti, or Festival of the Ugly—survived and try to confront discriminations based on appearance.

When we call something ugly, we say something about ourselves—and what we fear or dread. The 19th-century freak-show handlers and viewers who called Pastrana ugly cast themselves in the shadow of the sideshow. Her remains were repatriated to Mexico in 2012 when the Norwegian National Committee for Research Ethics on Human Remains reversed the label by calling those handlers and viewers “grotesque.”

The question remains: how do we perceive and react to similar situations in our midst? How do we set the stage for the future? Victor Hugo offered an embracing view of ugliness when he wrote that “the beautiful” is “merely form considered in its simplest aspect,” while “the ugly” is “a detail of a great whole which eludes us, and which is in harmony, not with man but with all creation.”

Fifteen years further down the road, the “ugly” album “NOTES FROM PURGATORY” still has a cult-following and it houses !JP’s biggest hit “Old Friend”. It remains a fascinating work of art and it should in total be treated as a modern classic. A modern classic which sounds like it's at least 300 years old. And recorded in Hell, by that matter.