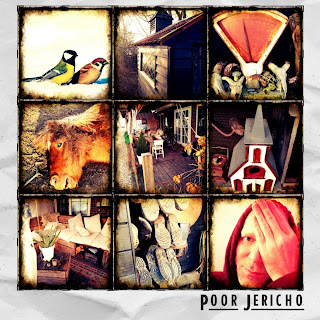 
Dearest Citizen of the Falling World,

So… The Africa-trip I planned for 2020 got cancelled. As was the needle-drop party for “MINEO”. As was the entire tour promoting that very same “MINEO”.
Instead, I wandered the fields nearby my house. During that first lockdown in The Netherlands, things changed. Sure, there was this pandemic breathing down our necks, but Nature also healed.
The sun was shining, the birds were singing, my dog was as happy as a schoolboy. And there were no cars. There were no airplanes. There was hissing of grass and birds and feathers in sublime sunlight.
And that was the world outside. A new world full of natural wonder just in reach...
However, we couldn't take the freshness of the world outside with us into our houses, since, it didn’t take very long before the conspiracies started to pop up on the internet. It didn’t take a very long time for the anger and their dividing powers to pop up as well. And not just on the internet. On our streets as well.
Everybody suddenly understood "the politics" surrounding this event. The whole world and his wife suddenly knew everything about viruses, conspiracies, blood-drinking politicians, devil-worshipping aristocrats. And most people lost every inch of nuance during this feed, which nourished the conspiracy to a brand new level.

And meanwhile Nature was plotting and executing its revenge.

During those trips through the fields, surrounded by birds, bird-sounds, sunlight, wild flowers, I found some music, which can be tracked back to Nature’s Revenge.
And I combined that Nature’s Revenge Soundtrack with the angry stories I found lying around on the internet, in places of social media, forums and the terrible dark web.

This all resulted in this new album called “Poor Jericho”.
And that album will be released October 20.

This may all sound quite depressing at first read—I promise I found it quite depressing at first typ—and I promise it wasn’t going to be a record of pain, ugliness and division when I began. It wasn’t going to be a record of conspiracy. But the Lockdown insisted that I listened and watched the conflicts that were traumatizing the world and write about those raw emotions. Hopefully people will find strength and resilience within the songs to give them the energy to survive the storms that we are currently in.
So… The Africa-trip I planned for 2020 got cancelled. As was the needle-drop party for “MINEO”. As was the entire tour promoting that very same “MINEO”. However, "Poor Jericho" will provide just a little bit of Africa to your ears. And perhaps, if all goes well battling the virus on our streets and in our houses—whether it’s the viral one, or the man-made conspiracy one; and I’m not quite sure which one is worse—I can invite you all to a needle-drop party. And perhaps even see you on the road. We’ll see... Yes... We’ll see...