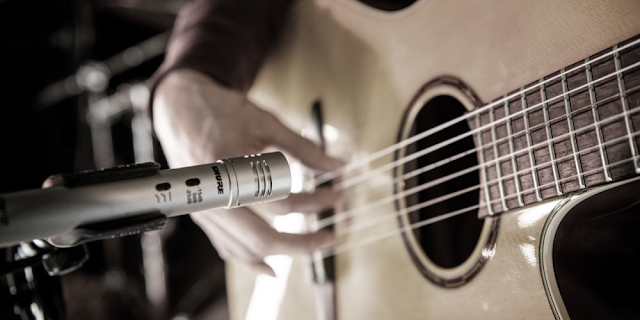 The SPARS code is a three-position alphabetic classification system developed in the early 1980s by the Society of Professional Audio Recording Services (SPARS) for commercial compact disc releases to denote aspects of the sound recording and reproduction process, distinguishing between the use of analog equipment and digital equipment. The code's three positions refer to recording, mixing, and mastering respectively. The first two positions may be coded either "A" for analog or "D" for digital; the third position (mastering) is always "D" on digital CDs.

The streaming concerts we wanted to put out there, were designed as AAD.

With that being said, it comes as no surprise I am a "sound" aficionado. In addition to that, I like to be in charge of the sound that I produce, whether it be in a recording session or a live music event.

For this series of STREAM CONCERTS, I wanted the music to be "recorded"─or captured by that matter─by ANALOG mics and mixing boards, then transfer it to a digital signal, combine it with the VIDEO8 signal and push it all out through an 8P8C modular connector attached to a computer, using the Ethernet. In short, Arjen (the sound engineer from heaven) and myself wanted to set up a connection with San Francisco─the place where the upcoming festival performance and the FROM THE HERMIT'S BEDROOM BEDROOM SESSIONS are distributed from (modern age doesn't necessarily embrace simplicity)─in which we wanted to bring you a sound, as direct and intimate as possible.

Nobody at the San Francisco office told us anything in terms of "when your signal reaches our office, we'll rework the audio in such a manner, everything we push through digital signals out, will sound the way our parameters are programmed as". In other words; it doesn't matter what you do, we'll rework it so your sound is a dime a dozen.

At first we did agree to that little snitch in the deal, however, we had a change of heart. This is not what we set up to do, or set up to sound like. Therefore we withdrew from the SESSIONS festival and SESSIONS possibilities of streaming concerts.

Pushing ourselves in this digital age of streaming and such, to even perform a STREAM CONCERT should be a clue right there; if it were a thing we love to do, we would have done it more frequently. So, if we do it, we do it right. And we want you to hear whatever it is we heard during the performance. Not to be digitalled out, so to speak.

However, we did set the dates for the performances and it has been a long time since I performed any song live, so a number of songs before an audience (even though I only see the camera) is a rare treat. Society is opening up in a way, after this COVID terror, but the tiny artists, such as myself, still have to wait in line for the bookings to come in. The Masters Of The Music Universe will be performing first─I guess their monthly mortgage and medical bills are larger than mine.

So, we will be putting out a performance─in any shape or form, but with OUR sound─on the set dates. But we will use the YouTube channel to do so, since at that medium, we are still very much in control─as if that's a real thing, considering the internet─of what will be the quality of the reproduction.

In other words, what you hear is our ANALOG to DIGITAL signal, which we researched and implemented, and not this─and I have to say it─SPOTIFY quality that they pass on as this sounds perfect.


Either way, we hope you do enjoy our little effort… The links to the Streams will be altered, so that you're still just a digital click away from the music we want you to hear…