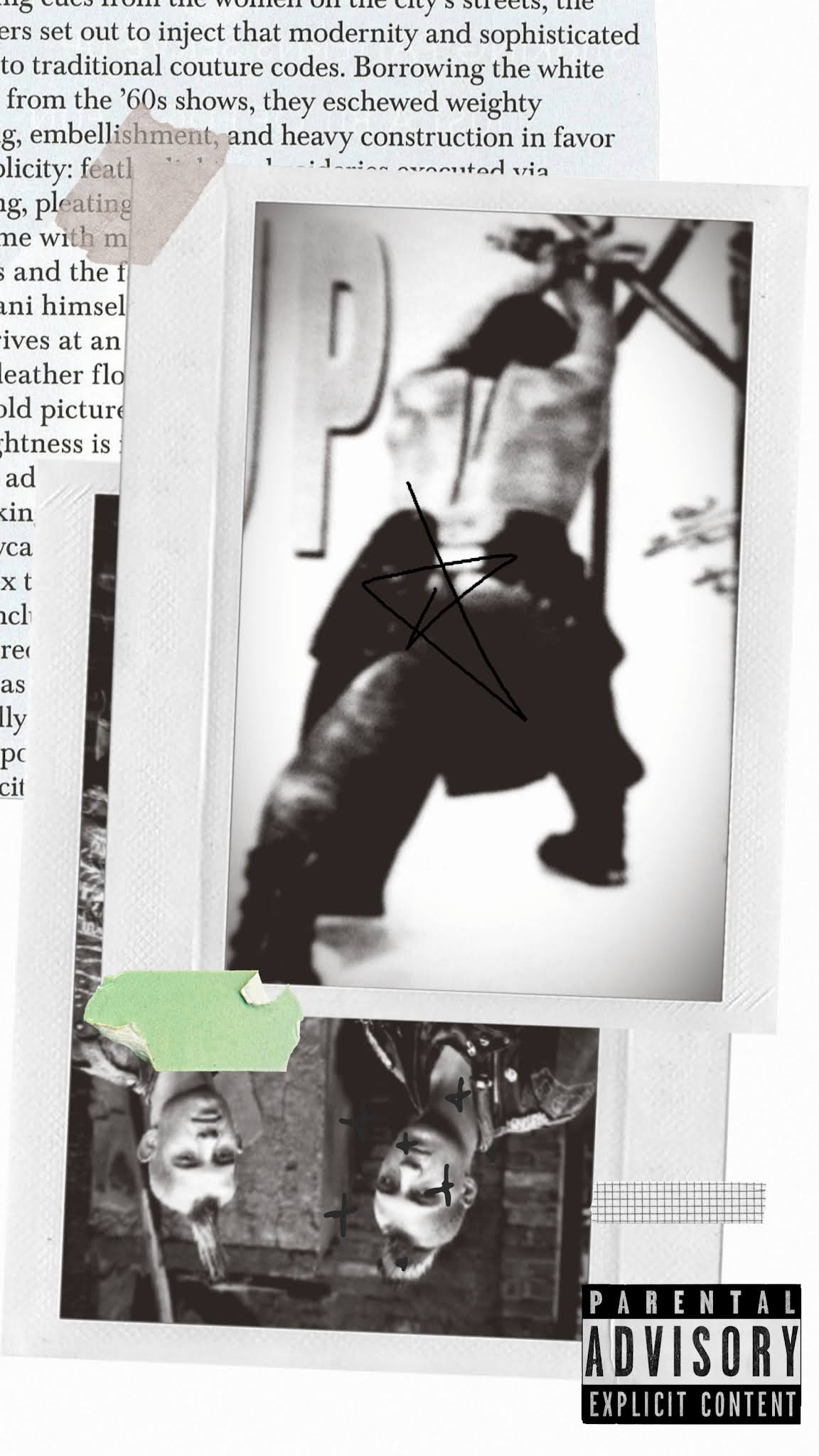 From day one in the recording-studio, they were aware. Even though lead-singer Jean Koning had a mild mental set-back during the process, the band was always fully aware; they weren’t recording just another punk-ish record… they were creating art…

Perhaps it’s safe now to say: this is the Velvet Underground And Nico for this generation…

Don’t let tape-recordings shy you away from something we were waiting for for a long time; art has returned to the world of music!

The Twentieth Anniversary Edition of !JP’s “A SINGER MUST DIE” marks the second occasion to self-proclaim the label “Classic” to one of their─frequently overlooked─extremely artistic efforts in the form of an album.


Heavily influenced by William S. Burroughs, maleficent hallucinogens, The War On Terror and visions of an apocalyptic landscape, the dystopian─and often dense─material makes sense even now, twenty years later.
The songs are constructed from a distorted mindset, effected by a downward spiral, which in turn is caused by a chaotic, egocentric society─easily retraceable to that one point in history, where hijacked planes flew into the Twin Towers and the Pentagon. The War On Terror, initiated by the Bush administration in means of retaliation to those─globally felt─terroristic events, is prophetically described in the songs of A SINGER MUST DIE, as a social leache, which every citizen of Planet Earth─regardless of race, identity, social or economical backgrounds, and sexual orientation─is being forced to wear, after 1984-like manipulating, dogmatic propagandas are being released onto those very citizens.
However, the 9/11-tragedies happened just a mere eight months before the album’s release.

Three weeks after their 2001 Summer festivals performances, !JP retired into the studio to record the follow-up album to their 2001 “Where Do You Want The Killing Done?”. According to logs, the working title for the follow-up was either “Industrial City In The Clouds” or “The Hippos Were Boiled In Their Tanks”, the latter being a Burroughs reference.
Experimenting with old tape-recorders and samplers, the band set out their initial plans. A more punk-music-focussed album, fused with samples from poetry-readings and manipulated field-recordings. The initial album they were working on also saw further experiments with drum-computers, fused into their pounding live-sound, which they began using in the late 1990s, and were first introduced on the album “Everybody Else’s Boy”.
But once the 9/11-tragedies commenced, which they followed on TV in the studio, all things were thrown overboard. The only song remaining from the pre-9/11-recordings is NOT EVEN THE RAIN.

Main songwriter Jean Koning withdrew from the project for a couple of weeks and read The Ticket That Exploded─the 1962 Burroughs novel─excessively. After every finished reading session, he rewrote the work-in-process songs for either “Industrial City” or “Hippos” with the style of that particular book in mind.
The new songs he developed in those few weeks, were created the way Burroughs wrote the book: using the cut-up technique, although for this book Burroughs used a variant called 'the fold-in' method.

Koning rejoined the band in the studio, after excessively studying the book, folded out his new plans, and the band reignited their usual midnight recording-sessions. The material they now recorded displayed─as well as Burroughs novel─an anarchic tale concerning mind control by psychic, electronic, sexual, pharmaceutical, subliminal, and other means.
Passages from the book and dystopian material from other songwriters like Thom Yorke, show up in rearranged form and are often repeated. It describes and brings to form Burroughs’ idea of language as a virus and his philosophy of the cut-up technique.

The now titled A SINGER MUST DIE (named after the Leonard Cohen song) lays the groundwork for !JP’s─and thus songwriter Jean Koning’s─ideas of social revolution through technology, which !JP would later detail on their ‘magnum opus’ “Notes From Purgatory”, and, subsequently, Jean Koning would build his entire solo career on the foundations of that philosophy.


The Twentieth Anniversary Version of the album A SINGER MUST DIE differs from the original version, since the overall sound of the album has been upgraded to a more ‘today’ sound. Enhanced clarity, balance and volume create a sound the way it was supposed to be twenty years ago. However, back then, destructed tapes transferred to a digital signal as well as integration with virtual instruments and production software was still in its infancy for bands working in the ‘underground’ modus. The software existed, but was used in extremely expensive studios only. Accessible to the Madonna’s of the world.
Additionally, the sequence of the songs has changed as well. The track A SINGER MUST DIE has been moved further to the back, while ICE is moved further to the front. The necessity of that decision is because the two ‘fillers’ NO GRRRL SO SWEET (from the “Industrial City”/”Hippos” sessions) and THE SPARKLE IN YO’ EYES were removed from the overall set, resulting in a more dense listening experience.
Consequently, the version of the track A SINGER MUST DIE is the “broken-tape machine” version, instead of the version larded with layers of samples from choirs and orchestras.
The final track on the original version SUMMER SAW… has been detached from the then hidden track THE TICKET THAT EXPLODED, which has also been shortened by almost seven minutes.


In conclusion, the Twentieth Anniversary Edition of !JP’s A SINGER MUST DIE is a renewed feast of anarchy; an artistic highlight in the world of music. Perhaps not the world of music you recognise from everyday kind of sounding stuff you hear in playlists, on the TV, or on (internet) radio all the time, but a sublime effort from a band, which didn’t want to sound like anything else on the planet, but tried to integrate sounds of chaos, which underlined “being alive” in 2001/2002, into their body of work.